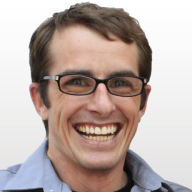 Since I’m new to Texas there are a lot of cities on my list that i want to visit with Dallas being one of the top of my list. So when I had the opportunity to go to the State of Search Conference I was excited to have the weekend to check out the city.
Early Saturday morning Molly and I got up, jumped in the car and headed out to Dallas. On this ride Molly introduced me to a podcast called “Serial” which is a narrative documentary where the host Sarah Koenig is reviewing a murder case to see if the person convicted could be innocent. It is really good and made the drive fly by.

When we got to Dallas our first stop was the Dallas Aquarium, which was so much better than I expected it to be. When you first walk in it is to an open room with birds, monkeys, and all sorts of other animals moving around not in any kind cages. There is also a waterfall that drops down a couple stories into a pond where you can see giant fish, turtles, and ducks. I’ve never seen such a cool open concept with so many animals intermingling together.

How the aquarium is set up is that you start off at the top floor and as you work your way down you see the animals from different angles. So you seem them from above the water and then beneath. Probably my favorite part was walking through the shark tank where they actually swim around you.

After the Dallas Aquarium we headed over to the Dallas Museum of Art to check it out, mainly because it was free. I liked this museum because they had a section where you could create your own art which was fun. Molly and I did sketches of each other and did some other crafts.

We also got to see lots of art from all over the world from different centuries. I was surprised the size of the modern art collection like the panda bear chair.

The next day we went to the Perot Museum of Nature and Science. We watched the Panda movie that shows how China is working so hard increase Panda’s back to the wild.

The rest of the museum had a lot of hands on exhibits that we got to play on including the giant leap frog out front.

After spending all day at the Perot Museum we headed over to Reunion Tower to get a view of the Dallas skyline. We found out that a tour of the tower cost about $20 a person, but there is a Wolfgang Puck restaurant on top with the view as well. So we opted to go to the fancy restaurant where we ordered appetizers, for what the tour would of costed, and took in the view as the restaurant rotated around to see the full view of the skyline.

Heading To The Fiesta

It was Thursday afternoon and with Molly as my trusty sidekick and navigator headed out towards New Mexico. We thought that leaving at 3:30 would save us from the notoriously bad Austin rush hour traffic…… but we were wrong. So we put on the Tina Fey audio book “Bossy Pants” as we cruised towards Lubbock Texas.

We got there around midnight and were able to stay with a friend of Molly’s for the night. The couple we stayed with was the Thiels, an older farming couple with a giant framed photo of the pope on their wall and the sweetest people I’ve ever met.  We actually arrived at their home before they did because they were at the Paul Mc Cartney concert. Which we heard them rave about until one in the morning and then went to bed.

We woke up in the morning and Mrs. Thiel was kind enough to make us breakfast and told us tales of her running the farm. We then headed out and drove the rest of the way to Albuquerque.  We finished up the Bossy Pants audible book and started a new book called “The Maze Runner”.

We got to Albuquerque around lunch time and grabbed some quick Mexican food at Anita’s which had bomb chimichangas! After lunch we dropped our stuff off at a friends house and headed over to the Sandia Peak Tramway, which is the longest tram in North America.

The goal was to take the tram to the top to watch the sunset and then come back down. It seems that everyone had the same idea because when we got there it was a 2 hour wait! So we waited and watched the sun go down while waiting in line and then took the tram to the top. It was a beautiful view but when the sun went down it was really cold. So we only walked around for a few minutes and then waited in another really long line to get back down.

(Check Out All The Photos / Videos )

The fiesta was scheduled to start at 6:45 so we awoke at 6 am and headed out to the balloon fiesta. The traffic was RIDICULOUS! I’ve never seen a highway backed up for so many miles. I was able to wiggle my way through a lot of traffic, but it still took us like an hour until we could finally park. Despite getting there later than expected we were able to make it in time for the mass ascension. Which is when hundreds of balloons take off!

It was a crisp cold morning so we grabbed some hot chocolate and walked around while balloon after balloon would fill up and take off. It was so amazing to be able to get up close to the balloons and even talk to the people operating them. After a couple of hours all of the balloons had taken off and were flying over down town Albuquerque.

When all the balloons were gone there was not much to do until later in the day when they all come back. So we spent some time going through the souvenir tents & eating a collection of carnival food. Also to fill time they had a wood carving competition going on. It was amazing to watch them take these massive tree stumps and transform them into beautiful pieces of art.

After all this I wasn’t feeling too well so we headed back to the apartment we were crashing at for the night, but decided that we would go back again the next day. 6am Sunday morning came and we knew the drill. We got up and headed back towards the Balloon Fiesta, but knowing how bad the traffic was we took the frontage roads and were able to bypass 80% of the traffic!

We then loaded up in the car and made the long road trip back to Austin.

0
by Ben in My Life
View Larger Map

END_OF_DOCUMENT_TOKEN_TO_BE_REPLACED

SXSW (South By Southwest) is when a few huge festivals happen in Austin Texas over the space of a two weeks! Officially they have Music, Film, and Interactive, but they also have comedy, education, and more coming I’m sure. To get an idea of what its about check the YouTube video

END_OF_DOCUMENT_TOKEN_TO_BE_REPLACED

Why I love CouchSurfing.org

END_OF_DOCUMENT_TOKEN_TO_BE_REPLACED

6 Lessons Learned From Running A 5K In A Sumo Costume

A couple years ago I made one of the best purchases of my life, which was anÂ inflatableÂ sumo suit costume for Halloween. I’ve had so much fun wearing the sumo costume that I’ve tried to wear it as often as possible.

So when I awoke at 7am Saturday morning and tried to decide what to wear to the Run or Dye 5K, which is probably the worse name for a 5K ever, as I rubbed the sleep from my eyes I looked up into my closet and saw my sumo costume sitting there. I put on the sumo suit just as a joke, but when Whitney showed up to carpool down to the stadiums she concurred that I should do the 5K in it. I learned several things from running A 5K in A a sumo costume, and here they are!

END_OF_DOCUMENT_TOKEN_TO_BE_REPLACED

I had never heard of Duck Beach before moving out to the East Coast and luckily arrived just in time to go last year. Some people refer to it as the “Mormon Spring Break” and some people even did a horribly bad, but funny Duck Beach documentary.

END_OF_DOCUMENT_TOKEN_TO_BE_REPLACED

I’ve lived in Philly for over a year now and my parents wanted to come and see what I’ve been upto since moving out here. Â Here is a summary of our adventures.

The 1st thing everyone wants to do upon arriving to the great city of Philadelphia is to grab a legit Philly Cheesesteak. They were so excited to get a cheesesteak that while I was giving them a tour of my room they discovered my cheesesteak hat and almost consumed it. Eventually we headed over to Tony Lukes, home ofÂ my favorite cheesesteak from the triple bypass challenge I did with David.

END_OF_DOCUMENT_TOKEN_TO_BE_REPLACED

0
by Ben in Monthly Challenge

I’m trying this thing where I push myself to learn something each month and I thought that learning how to make balloon animals would be fun. I also have to admit that after watching the trailer “We Bought A Zoo” that I myself wanted to buy a zoo, but since I’m strapped for cash I decided that the next best thing would be to create a zoo of balloon animals.

I first found Balloon How To which had some great videos, but once I found her and a few others on YouTube I decided just to make a playlist of helpful videos I found.